The Taga is a very beautiful peak placed in la Serra Cavallera, which stands up among the regions of the Ripollés and La Garrotxa. The 2040 meters of the peak of the Taga offer some spectacular views from Monserrat until the Vall de Ribes. To carry out the rise in the Taga that we propose, it is necessary to go to Ribes de Freser and from here to Pardines where we will continue for track until the church of Santa Magdalena de Puigsac where we will park the car and we will start to walk.

Route: We start to walk rising for the paved track for the that we have arrived from Pardines. We will have the Taga almost in sight in our right at all times and we will always follow the main path|way. At first we will find zone wooded until arrives to some troughs of livestock where the landscape changes in meadows with little vegetation. In this point the way goes to being a path that it will carry us to the Taga overcoming pending forts.

From the peak we can choose to go down for where we have risen, or if we prefer to make a return different, we have two options

One is to go down of the Taga in south direction until finds the way that brings the Torrent de Vencerola down for the valley that it forms. For this way we will arrive in a fast way to the Pardines Camping and from here we will continue for the track paved until a signposted crossover that we will turn to the right towards the kernel of Vilaró and Santa Magdalena, where we have pioneered the excursion.

The second option of slope is longer and from the peak of the Taga we will bring direction NW until the Plans de la Maçana" where we will find the way that goes down until Ribes de Freser but that we will not follow and we will turn to the right. We will follow until the following crossover that we will turn to the right (if left we would go to lOm), we will continue, and the third crossover will turn to the left (the way of the right comes of the Taga and him the other one option to go down from there), and we will make the way of slope until the Camping where we will follow the same route than the option of before towards Vilaró and Santa Magdalena. 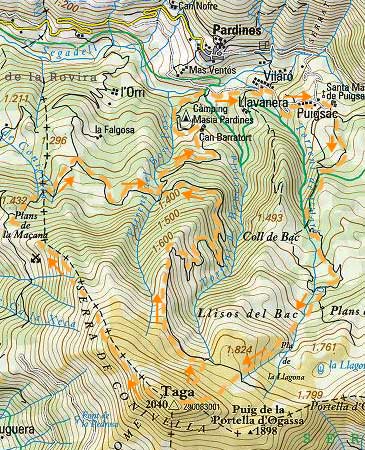 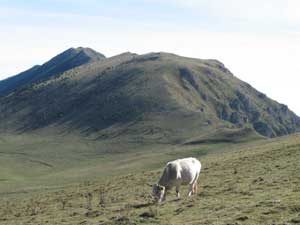 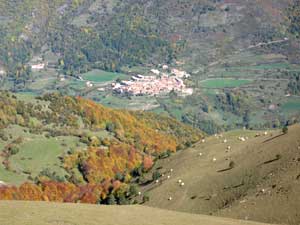